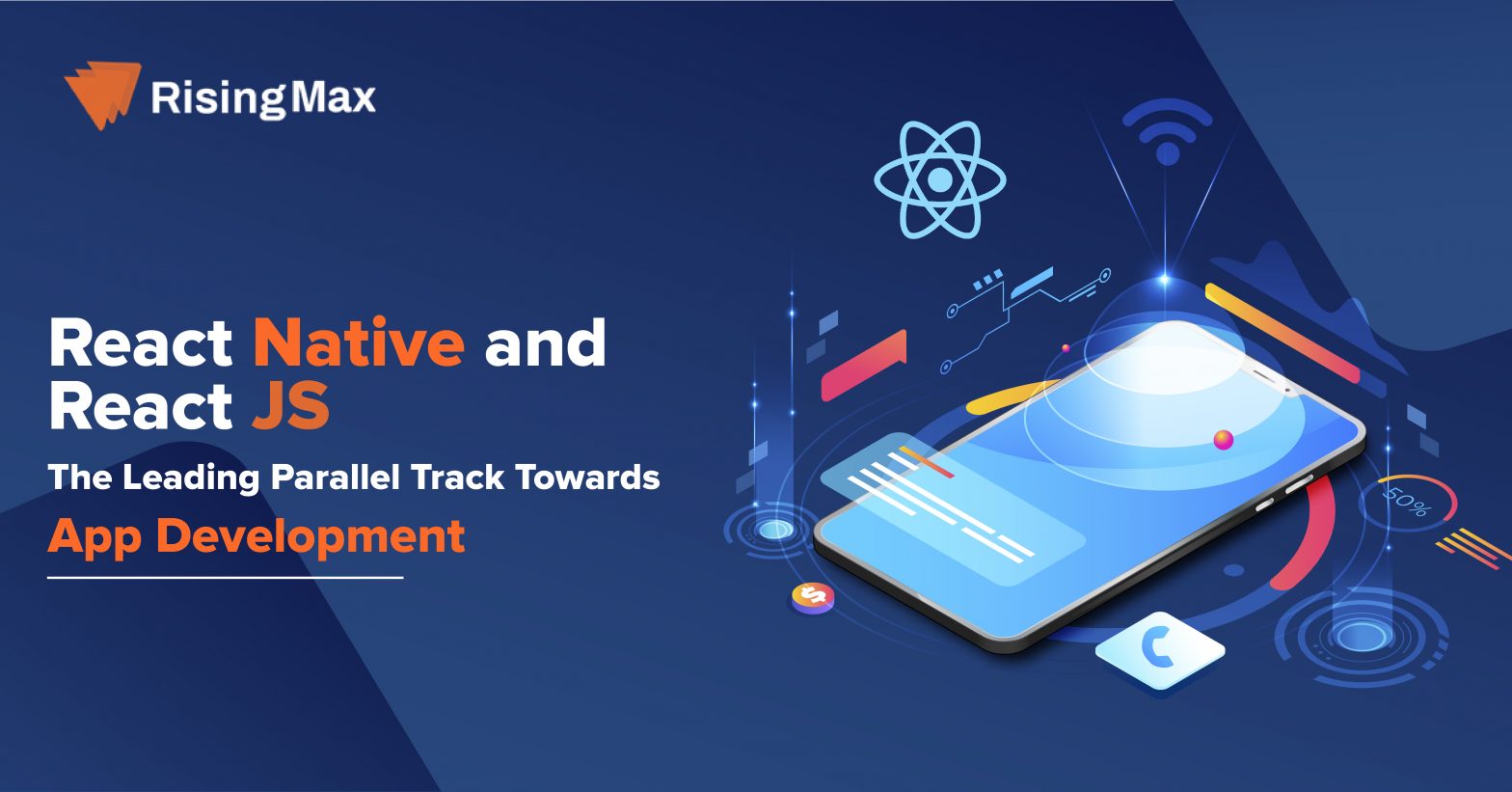 The mobile development world is all about new and better changes. With the passage of time, new applications being introduced in the tech world are actually turning out to be quite influential. Facebook introduced “React Native”, a javascript-based mobile app that has proven to be a game-changer for real.

React Native - What is It?

This app has been accepted and used widely for different types of businesses and purposes. It was introduced by Facebook in 2015 however, within a few years it became quite popular, especially amongst companies.

Benefits of the Reactive Native

The reason it is widely used by a number of companies is that it allows them to create code once which can be used for both iOS and android. Cross-platform compatibility at its best.

Here comes the best part, if you develop an app using React Native, the app will work on both platforms, iOS, and android as well.

If an application is developed using React Native, it can work on both platforms iOS and android. React Native is known to connect the web UI components, and the native counterparts as well.

The best part of cross-compatibility is that you can develop one app and it can be used to target a large audience. If an app is developed using react native, it is suggested to develop keeping the platform-independent perspective in mind.

In simple words, it can be defined as an open-source Javascript library that can be utilized in single-page applications, especially for building user interfaces.

Another amazing factor is that it allows people to create reusable UI components. From a positive point of view, React JS helps is known to be fast and quite simple which makes it quite easy for people to understand.

How React JS Can be Beneficial?

1. It is SEO Friendly

Its ability to read Javascripts heavy apps is such a great feature. React has the ability to run on the server, giving and returning the virtual DOM to the browser as a regular webpage.

Applying new technologies in a developed environment is very important. This further suggests that a framework should have proper tooling for better results. The benefits of React JS are its coverage with debugging as well as design tools.

3. It is Quite Easy to Learn

There are several reasons why React JS is considered so great. It doesn’t imply any patterns, templates, complex internals, and architecture, unlike MVVM or MVC. The view layer pattern would for sure be loved by a developer and would allow him to design an app the way he/she has planned.

It is backed up or in simple language, it is supported by Facebook and Instagram engineering teams.

Launched by Facebook, React JS and React Native both are quite popular technologies in the app development industry. React JS is known to be one of the most popular libraries to make or develop applications. Furthermore, the reactive native is based on the structure based on React JS. React native is made to be used directly with all major benefits.

When an app is built based on React Native, it is important to remember that the interface experience for both Apple and android might be required to be made different.

Whether it’s a monetary investment or you’re investing your efforts in terms of app development, one needs to carefully think about all the pros and cons that could come along with the decision. In the world of app development, hybrid frameworks are growing at quite a fast pace.

React Native is the leading name in this list. It has set a benchmark in building hybrid complex applications that are made to deliver native user experiences because of its advanced features like being able to get to native on each platform. What is so special about it? It has the ability to deliver a seamless performance, reliable JavaScript.

Who is Using React Native?

There are so many companies that have chosen React Native. From the well-established ones to newly-launched ones, this is so far the top choice for companies of all levels. Here are some of them:

When a company has started the goal of taking it to a point where it is renowned to people goes throughout the whole journey. Big platforms like Walmart and Instagram have chosen React Native.

If there is something that you should be considering in 2021 is definitely React Native.

Here are some reasons:

One of the top yet best features is that React Native makes it quite accessible to transfer the code between several mobile platforms. This simply means that if an app is developed on the basis of this it can work both on iOS and android as well.

In addition to the same, with less development time, also a moderate decrease in the cost is seen. If you’re about to or have just begun with your startup this option should definitely be considered.

React Native has its own method of synchronizing with native modules via frameworks. This way they can be merged with the app features, GPS, camera, and other elements.

This feature allows the team to make their apps quickly on the basis of feedback as well. How surprising is that, right! A feature is known as Hot Module Replacement (HMR) helps the developers to make an instant change in the source code along with that allowing them to view instant results.

With the passage of time react native has gained its own value. It is quite known that React Native has become one of the top priorities of app developers especially in the case of iOS developers. As discussed above, large-scale companies like Facebook, Instagram use React Mobile App framework.

The reason is that it has something exceptional to offer which is flexible, attainable, and user-friendly as well. In addition to the same, speed, flexibility, and being cost-effective are the factors that make it eye-catching.

App Developers usually prefer this while making iOS apps because they do not really want to compromise with the quality, working, or quality.

Everyone likes savings, especially when you’re developing an app that you’re not dead sure about that it’ll hit your expectations. As much as Apple gadgets are known for their expensive rate, the apps can be built with fewer development costs. This is particularly in context to iOS developers and cross-platform mobile developers as well.

In addition to the information mentioned above, one more advantage to be considered is “fast app development” React Native apps can be developed at quite a fast pace.

Android operating system is used by millions of people and there is no doubt it that. If you want to create an app with plenty number of features, is smoothly functional, and should be user-friendly then you shouldn’t doubt a second on considering React Native.

Android is known for its multiple features. The way customization works along with a good delivery performance ten for sure it would be great if React Native app will be used.

Here are Some of the Benefits:

Easy Learning: what is the point if you don’t get the whole thing but you’re still moving forward with it. Understanding the purpose is not enough, but you have to understand the whole of it to make the best out of it!

Minor Tweaks Can Do the Magic: Changes are mostly done to get a better result. This works both ways. A shared codebase helps to work on both of the operating systems with just a few changes. So if you were planning to work for iOS don’t forget to give a shot to android as well.

Better Performance: Updates and changes are done for the better performance of the operating system. Especially when you have people in millions using it, you cannot stick to that one particular pattern for long.

As the word goes, “many platforms, one react.” React JS has been known for its customer satisfaction. The theory is simple if the customers are not happy then there is no point in creating an application that can’t satisfy the customers.

The app is made for customers for their interests and benefits. In addition to the same, React JS helps the mobile app developers to understand the real interests and needs of the end-users.

We cannot skip the fact that it is cost-effective, what’s more, is that many features can be added while developing the app. Android is known for its endless features. Talking about features, the framework of this app is quick, the owner can quickly make the changes.

As much as Apple has gained popularity so does React JS known for its vast communities consisting of different types of designers and developers of any programming language. The React Code is open which means the changes can be made for the betterment.

To sum up, be it React Native or React JS, the contribution to the app development that has taken place with these two is irreplaceable. If you want professional and experienced guidance then your cursor has landed at the place just where you needed to be.

Whether Apple or Android, you can nail it all with amazing apps made. If you want to build react native app for android, feel free to contact us!