A cyber attack can bring down any well-positioned business. Data breaches result in significant financial losses, but they are also a major cause of the poor reputation of companies. Blockchain started as the technology supporting bitcoin but has evolved into a promising cybersecurity mitigation technology. Businesses operating on digital network platforms face wide challenges. Cyber […]

The Future Use Cases Of Blockchain For Cybersecurity

A cyber attack can bring down any well-positioned business. Data breaches result in significant financial losses, but they are also a major cause of the poor reputation of companies. Blockchain started as the technology supporting bitcoin but has evolved into a promising cybersecurity mitigation technology.

It would be prudent to examine recent cyber attack statistics to bring the development of viable cybersecurity protection strategies into focus. According to Juniper Research, cyberattacks cost the global economy $2 trillion in 2019. With such significant financial implications, businesses continue to increase their cybersecurity spending. Global cyber security spending to combat these malicious attacks will reach $2 billion by 2030.

Companies are now dealing with ransomware attacks and other data breaches daily. Based on recent analysis and data, sacred state processes such as presidential elections are also vulnerable to these attacks. This shows that cyber security has become the biggest concern for businesses, governments, and other organizations.

Cybersecurity Trends & Statistics That Will Catch Your Attention:

Bitcoin is involved in nearly $76 billion in illegal activities: Unlike other currencies, Bitcoin provides a fantastic way to make quick transactions while maintaining security. This has quickly made it the most popular method of anonymity in illegal activities such as cybercrime and drug trafficking. According to a study by the University of Sydney in Australia, Bitcoin facilitated $76 billion in illegal business transactions around the world.

Every 14 Seconds, A Ransomware Attack Occurs: It is estimated that a ransomware attack occurs every 14 seconds. According to the 2019 Official Annual Cybercrime Report (ACR), most of these cyber attacks go unreported. The scope of ransomware vulnerability continues to grow, with a new person joining social media platforms every 15 seconds.

Cyber-attacks are primarily directed at small businesses: Most small businesses believe they are “unlikely” to be targeted by hackers. According to Cybint reports, two-thirds of businesses have been victims of social engineering, phishing, and DDoS attacks in the last three years. Despite accounting for 13% of the cybercrime market, small businesses continue to be the smallest cybersecurity investor.

Costs of cyber-attack data breaches: According to the Security Intelligence Report, the average cost of a cyber-attack data breach in 2019 was $3.92 million. On the contrary, the cost of hacking is almost negligible, with cyber-attack tools as low as one dollar on the Dark Web, with other complementary services available for free. It takes an average of 5 minutes to hack an IoT device is even more alarming.

Cyber ​​attacks are fueled by the current rapid advancement in technology, which allows them to become more sophisticated and executable. With the introduction of game-changing fifth-generation (5G) networks, which offer faster download speeds, hackers will undoubtedly have more opportunities. The faster speed will increase the chances of more hacked devices and bigger cyber attacks.

The Internet of Things has a huge business appetite (IoT). Almost everything from furniture to utility equipment is equipped with Internet-connected sensors. According to Gartner, Internet-connected things will increase from 14 billion to 25 billion by 2021. Most of these new technologies have unreliable security features, which attract hackers. Home automation can also make more homes vulnerable to criminal cyber-attacks.

What Is Blockchain, And How Does It Work?

Blockchain technology is a distributed decentralized ledger system that allows multiple computers to record transactions. Blockchain started as the technology that ` bitcoin but has evolved into a promising cybersecurity mitigation technology.

Human error, in particular, remains the leading cause of data breaches. Blockchain fully automates data storage while removing the human element from these systems.

Blockchain can be used in any industry or sector. Any digital asset or transaction from any industry can be inserted into the blockchain. The new technology is considered a trustworthy cyber security protocol because of its ability to detect any wrongdoing and provide certainty in the integrity of transactions.

Blockchain technology was created with transparency in mind. As a result, contrary to popular belief, blockchain does not provide any privacy or confidentiality to any transactions made through it. When a transaction is secure, it refers to its integrity rather than confidentiality.

How Blockchain Technology Can Benefit The (IoT) Internet Of Things

Blockchain has evolved into one of the most foolproof forms of transacting in the digital network, despite not being unbreakable. The technology has been praised for ensuring information integrity when used as intended. Many industries can benefit from it if it is properly implemented.

Protecting Private Messaging: As the internet continues to shrink the world into a global village, many people are turning to social media. In addition, the number of social media platforms is growing. As conversational commerce becomes more popular, more social apps are being released daily. During these interactions, massive amounts of metadata are collected. Most social media platform users use weak, unreliable passwords to protect their accounts and data.

Most messaging companies are warming to the blockchain as a better option for securing user data than the end-to-end encryption they currently use. A standard security protocol can be created using blockchain technology. Blockchain can be used to create a unified API framework for enabling cross-messenger communication capabilities.

Several attacks have recently been carried out against social media platforms like Twitter and Facebook. Millions of accounts were breached due to these attacks, with user information falling into the wrong hands. If blockchain technologies are properly implemented in these messaging systems, future cyberattacks may be avoided.

IoT Security: Hackers are increasingly gaining access to the overall system through edge devices such as thermostats and routers. With the current obsession with artificial intelligence (AI), hackers have found it easier to access holistic systems such as home automation through edge devices such as “smart” switches. A significant number of these IoT devices have, in most cases, unstable security features.

In this case, blockchain can decentralize the administration of systems or devices on such a large scale, thereby securing them. This method will equip the device with the ability to make security decisions on its own. Edge devices become more secure by detecting and acting on suspicious commands from unknown networks without relying on a central administrator or authority.

Hackers usually gain complete control over the device and system after breaching the central administration of the device. Blockchain ensures that it is more difficult to carry out such attacks by decentralizing such device authority systems (if possible).

DNS and DDoS Protection: Distributed Denial of Service (DDoS) attacks occur when users of a target resource, such as a network resource, server, or website, are denied access or service. These attacks cause resource systems to either shut down or slow down.

On the other hand, a well-maintained Domain Name System (DNS) is highly centralized, making it ideal for hackers to compromise the link between an IP address and a website name. This attack makes a website unusable, cacheable, and even redirectable to other scam sites.

Fortunately, by decentralizing DNS entries, blockchain can be used to mitigate such attacks. Blockchain will remove the vulnerable single points exploited by hackers by implementing decentralized solutions.

Decentralization of Medium Storage: Data breaches and theft are becoming a major source of concern for businesses. Most businesses still use a centralized storage medium. A hacker only needs to exploit a weak point to access all the data stored in these systems. A criminal gains access to sensitive and confidential data, such as business financial records, resulting from such an attack.

With blockchain, sensitive data can be protected by ensuring a decentralized form of data storage. It would be more difficult, if not impossible, for hackers to breach data storage systems using this mitigation method. Several storage service providers are looking into how blockchain can protect data from hackers. The Apollo Currency Team is a classic example of a company that has already implemented blockchain technology in its operations (The Apollo Data Cloud).

Computer Software Provenance: Blockchain can be used to ensure the integrity of software downloads and to prevent foreign intrusion. Blockchain, like MD5 hash, can verify activities such as firmware updates, installers, and patches to prevent malicious software from infiltrating computers. The new software identity is compared to the hashes available on vendor websites in the MD5 scenario. This method is not completely foolproof, as the hashes on the provider’s platform may already be compromised.

Data Transmission Security: In the future, blockchain could be used to prevent unauthorized access to data while it is in transit. Data transmission can be secured by utilizing the technology’s complete encryption feature to prevent malicious actors, whether individuals or organizations, from gaining access to it. This approach would result in an overall increase in the trustworthiness and integrity of data transmitted via blockchain. Hackers with malicious intent intercept data in transit to alter or completely erase it. Inefficient communication channels, such as emails, leave a huge gap.

We have recently seen military equipment and public transport deployment, thanks to innovative technological advances. The Internet facilitates data transfer from sensors to remote-control databases, making these automated vehicles and weapons possible. On the other hand, hackers are working to break into and gain access to the Car Area Network (CAN) networks.

When hackers gain access to these networks, they gain complete control over critical automotive functions. Such incidents would endanger human safety. Many adversities can be avoided by conducting data verification on the blockchain for any data entering and exiting such systems.

The ability to decentralize is a key feature of blockchain technology, regardless of its use. This feature eliminates a single point of vulnerability that can be exploited. As a result, intruding systems or sites where access control, data storage, and network traffic are no longer in one place becomes nearly impossible.

As a result, blockchain could soon be one of the most effective cyber-threat mitigation strategies. Nonetheless, like any other new technology, blockchain faces many startup challenges as it goes through a painful process of development.

How Decentralized Blockchain Based eCommerce Marketplace Revolutionizing The e-Commerce Industry?

Chatbot Cost Calculator | How Much Does It Cost To Build An AI-Based Chatbot? 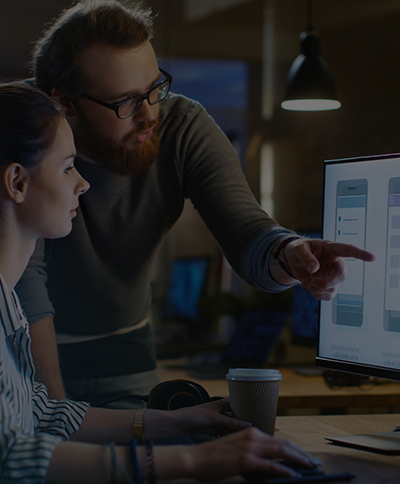