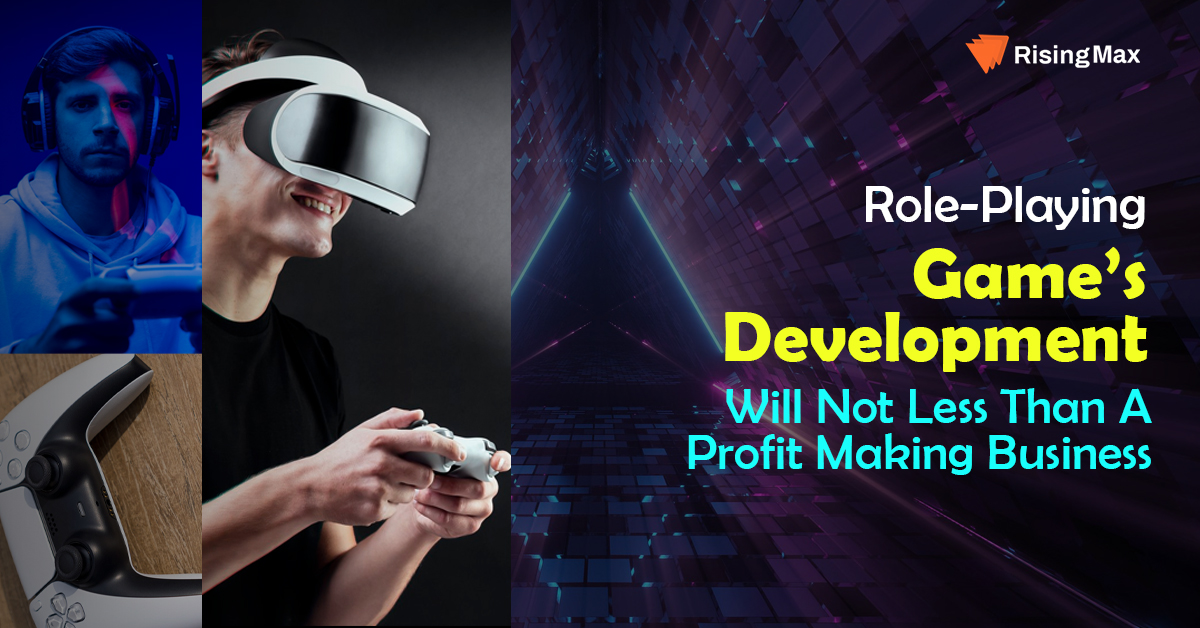 Have you ever gotten into role play?

It is a fantastic moment to play the role of anyone. It excites the person and gives the feeling of pleasure in life.

Video games are one such market that never fails to excite the public. It always supplied the best possible gaming experience. The first video game was launched in 1958, and from then until now, the gaming marketplace never failed to give its audience a true sense of gaming.

The involvement of blockchain and the NFT marketplace is a bonus point for gaming companies.

The role-playing gaming market is one such market that is booming in the marketplace of game lovers.

RPG is a platform where you control a fictional character (or characters) on a virtual mission.

We create Role-Playing Games, the usage of blockchain, and a pool of blockchain developers' know-how in a whole lot of verticals, such as artificial intelligence, audio effects, 3-d graphics, animations, and a whole lot of different additives that provide online video games a stylish appearance (RPG).

It is a long debate about what could be the perfect definition of role-playing games. If you look into the gaming platform thoroughly, you will find that each game is role-playing. When any avatar represents our presence on top of the platform, it means that we are in the form of the role play. But what’s your call on this logic?

Well, this is why the matter is of debate.

One can think about the mentioned above as a role-playing game, but the actual role-playing game is the one that has a mission, and above that, one can make the avatar look like them. The real sense of role-playing games comes when the engagement of the player is real in the sense of an avatar. The games like:

The latest role-playing technology helps to make money for the user when the users will not just invest in the game but can earn the maximum amount from the gaming platform.

Those were the days when people had to just invest in the gaming platform for getting the accessibility of the unique attire, items, etc. but the new age of role-playing game development technology has changed the era completely. Now the user also makes money from the NFTs by playing the game. The play-to-earn model has opened the doors of earning to game lovers.

The users are joining the platform enormously and making money. There are very few platforms that provide the “play-to-earn” method, but as soon as the gamers know more about such an option, the market for the play-to-earn will rise like anything.

The role-playing game in the play-to-earn is getting popular among game lovers. And very soon, this is going to be the best platform for the users to enjoy the game with huge earnings.

The urge to socialize is one of the necessary things in today’s world and especially for the youths.

Game lovers are moving towards the role-playing gaming platform for better earnings as well as for improving their decision-making skills and releasing their stress.

Types Of Role-Playing Games You Can Develop

Many wonderful types of role-gambling games (RPGs) are created in numerous regions and with numerous gaming techniques. Because of the provision of various kinds of computer systems and cultural differences, there has been a giant hole between Japanese RPGs (JRPGs) and Western RPGs early on. Final Fantasy is one of the maximum famous Japanese role-gambling games. Most RPGs at the moment are to be had worldwide.

Consoles for video video games, RPGs use sports mechanics and, in lots of cases, settings that can be derived from conventional role-gambling video games.

There are several console options available nowadays, starting from Xbox to Nintendo and Playstation. Modern online game consoles are able to cope with high-definition video games with numerous minigames and facet quests.

This is a recreation in that you play from only one factor of view and often use individual advent panels to permit the person to create their avatar with several traits. The great RPGs provide numerous pathways to pick from at some stage in the recreation, making every playthrough unique.

These games, which combine features of AAA and RPGs, feature spectacular showdowns and battles between various players in the market. Fortnite, World of Warcraft, and League of Legends are among the most popular multiplayer RPGs.

The battles take place in real-time, allowing gamers to practice their quick-response battle skills. Some AAARPGs are co-op games, which require players to work together with other members of their party to overcome their opponents.

Features That Should Be There In RPG Development

The characters are the major part of the role-playing game development. The gamer will represent their character as with the virtual characters only.

If it is a mission-based game or a war-based game, or in most games, the assets are a necessary thing. In the asset, there can be multiple things, including a sword, gun, cap, attire, etc.

The ingame asset helps the players to equip the avatar in the game. The other option for the asset is the NFT digital asset which can be either won or purchased.

The NFT assets have unique and real value in the real world. One can either purchase the NFT or can win on the platform. This will depend on the company’s desire.

For the NFT or crypto-based games, the crypto wallet is the necessary feature as this will be the only way to change the fiat money into crypto money to invest or buy the NFT on the platform.

The audio of any gaming platform performs the main role. Sound can raise your revel in or even raise your talent irrespective of the style of video games you prefer. Headphones assist you in listening to tricky information about soundtracks and noises to immerse you into the digital world, feeling all feelings similarly precipitated thru audio.

Whom To Hire For The Role Playing Game Development

Freelancers can be the most cost-effective option for developing the role-playing gaming application. Still, as the work can be done at a low cost, there are also some losses for the business company.

The fact is that NFT gaming is one such technology that is very new to the world. Very few companies are capable of all the resources and technologies to develop the platform.

Understandably, freelancers can be a cost-effective option for development, but the question is of the reliability of the freelancers.

Are they will be capable of building the role-playing platform? Do they have all the technology or manpower to build the platform?

The option of building an in-house team can be a good option for a company so that they can look after the complete building procedure. But the thing which is of worry in building the in-house team is the focus diversion.

You will be busy with the marketing process of the platform or with other legal things. In such a case, it would be difficult for owners to look after the project.

It is the most suitable, reliable, and cost-effective option if you want a complete 360-degree solution for building the platform. Professional role-playing game development companies work on various projects, so the question of reliability ends here; we have a huge team of experienced developers, so the other requirement is also fulfilled.